Avilution’s core product, XFS, is software-based framework that integrates disparate avionic components into a single, unified, avionics experience. In it’s most simplest form, XFS can be used to build a graphical interface for a radio, show and/or log engine monitoring system(s), or drive and monitor the state of switches and/or relays. However, XFS is much more! In it’s appropriate role, XFS is the hub of the entire avionics system driving multiple displays and unifying all the aircraft’s subsystems. XFS has a long list of safety features that supports true stateless redundancy, self-healing, and data accuracy verification. And, because it’s software running on common microprocessors, updates, enhancements, and additional features are easily added. This extensible framework benefits the aircraft owner/operator and the avionics industry because it provides a common “data bus” for inter-operateability between vendors while always keeping the user interface the same. XFS is tested in our experimental aircraft, a Zenith CH-750 N750XF, along with other experimental aircraft owners that participate in our beta program. 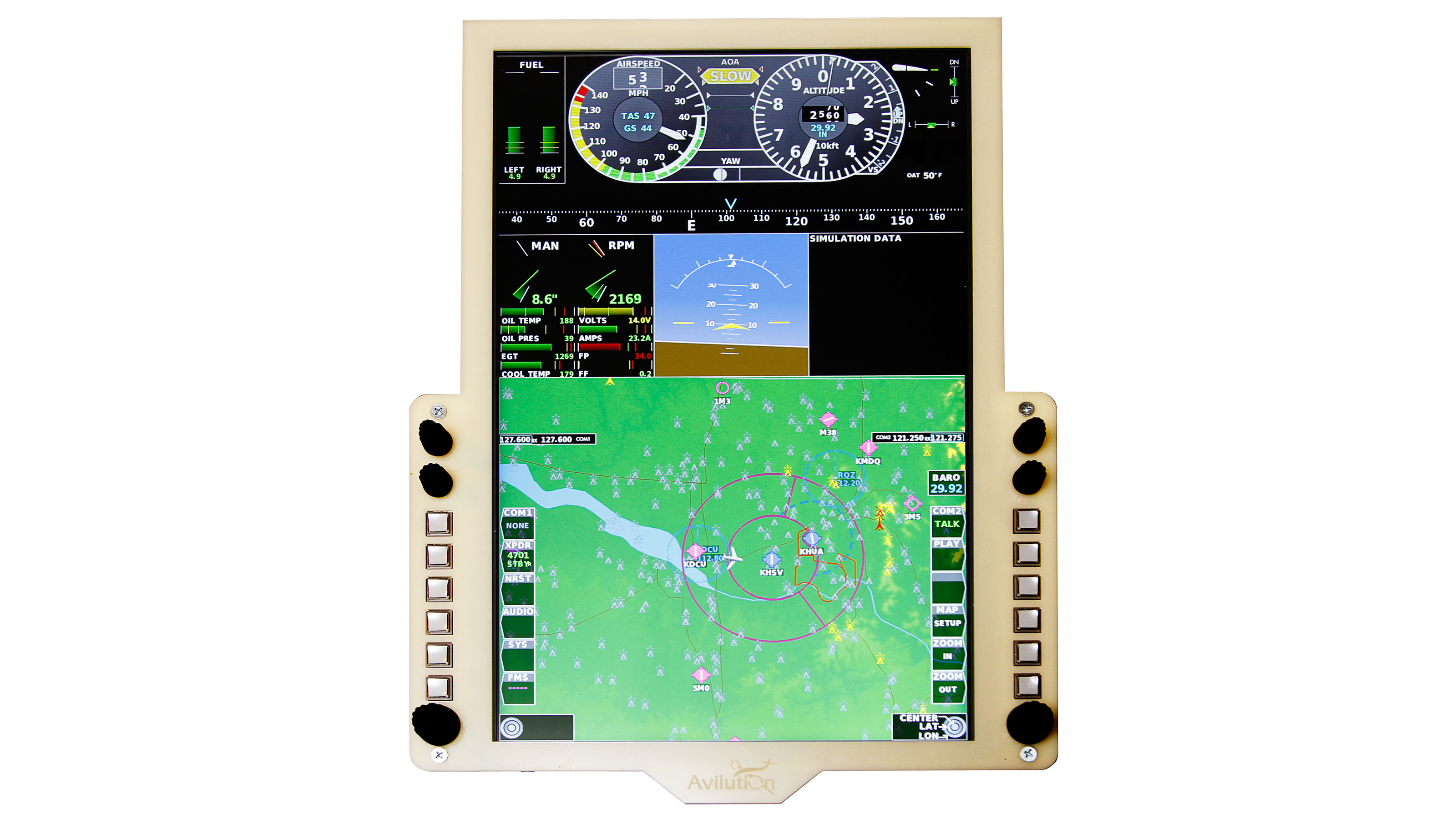 In the new Zenith aircraft, the Unpanel replaces a traditional instrument panel’s “collection of instruments, controls and small, eye straining displays” with 17 inches of “easy-to-read intuitive interface tailored to the VFR pilot, while integrating an FMS, moving map, integrated audio controls, and much more,” including Automatic Dependent Surveillance-Broadcast (ADS-B) In and Out, the company said.

With the instrument panel bulkhead removed to accommodate the Unpanel, the freestanding display can be repositioned “for maximum visibility and ease of reach.” It is expected to be available as part of a complete avionics package for the Zenith CH-750 Super Duty aircraft by the end of the fourth quarter of 2017, according to the news release.

“With their extensive experience in the Experimental kit aircraft space, Zenith has their pulse on this market—and many of the unusual design features of the Unpanel are inspired by their deep understanding of their customers’ needs,” said Mark Spencer, founder of Avilution. “We can develop all the core avionics software in the world, but it takes a visionary partner like Zenith to transform that technology into such a radically different overall pilot experience, through the rest of the airframe.”

As with the XFS, platform, the Unpanel’s modular hardware and software design allows support from partner products such as the PS Engineering PDA-360XR audio panel, iLevil 3 air data, attitude and heading reference system (ADHRS) with ADS-B In, MGL Engine Management System, uAvionix EchoESX transponder and universal access transceiver for ADS-B Out, and more.

“Avilution’s Unpanel is so revolutionary that we literally designed the new Zenith cockpit around the display,” said Sebastien Heintz, president of Zenith Aircraft Company. “The highly integrated and repositionable display helped us reconfigure the aircraft, adding more utility as well as providing easier access into and out of the plane. We believe the improved visibility makes flying our new airplane even easier and more enjoyable.”

The expected price of $11,995 will include one com radio, ADS-B In and Out, ADAHRS, battery backup, audio panel, antenna, avionics shelf, and premade wiring harness, Avilution said.